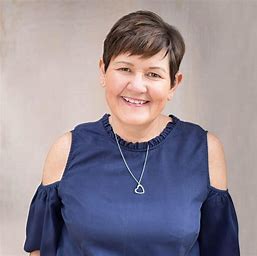 Back pain since I was 17

Essentially back to the beginning, I’ve had back pain since I was 17 years of age which is when I started nursing and I think in the ‘olden days’ of nursing we were told incorrectly how to lift and handle patients.

The pain, in more recent years, has been in the lower back and with sciatica but in the early days I used to have terrible shoulder pain as well.

So, in my own treatment ways I would always have just upped my walking when I had sciatica. I’m a firm believer that walking and movement is the best way to handle pain because you can concentrate on different things. It’s probably not doing a huge amount of help in the longer term but neither is sitting still with it anyway.

What it restricts is probably my sleep more than anything and just my ability to move freely. I would have stood in a lot of meetings because I found it very difficult to sit for a long time. So, it restricted me really in that way.

What drew me to work with you was getting to know you, first and foremost, through the ladies networking that we do together and hearing the testimonials of other ladies who have worked with you in the past. Really understanding that it wasn’t about treatment, as such, more learning a new way of posture and of managing things that was very gentle without manipulation or that sort of a thing. Also, learning to help myself as I am a firm believer in helping myself.

I didn’t have any expectations really, it did concern me that I was spending such a lot of money. That put me off for a while, it wasn’t until January came when my pain was really bad that I thought I need to do this this year and that’s my treat to myself this year.

Then in March, it became particularly bad when my mum was here and I was on quite strong medication, Enzeds, as well as Codeine Force prescription level because I couldn’t sleep otherwise and really couldn’t put one leg in front of the other, which was very difficult.

The process was not like I was expecting it to be. I did expect to be manipulated and, to be totally honest, I didn’t expect what you did to have the impact that it did, because it was so gentle and because it was so driven by myself and because you have asked me to do things 3 or 4 times a day and I probably manage them twice a day which is probably why you said to do them 4 times a day!

I didn’t expect them to have the results that they have had so I was really very pleasantly surprised.

Getting into a routine was of doing things was hard. I’m not a person who does things very easily and very sustainably because I’m quite a busy person and I have to fit an awful lot into the hours that I am awake and I did find it very difficult having to stop and take time for myself and put my needs before the needs of the family, the dogs or my work sometimes. But, I had to factor them in and I then realised how important it was to do so.

The gentleness of the stretches and the releases that I did were phenomenal. I remain pain free. As you know, I’ve worked with a personal trainer and I’ve done that now for a number of weeks because initially I think I was pushed too far and my pain did resolve but I was really pleasantly surprised that I could self-manage that and get myself back into a pain free way within about 10 days again.

But the pain was nothing significant, it was nothing as bad as it had been before, so I didn’t require any pain relief, which was phenomenal.

I did doubt the outcome, yes. I was, as I said, very pleasantly surprised that it was as positive as it was. It is now July and I started working with you in March, so four months now, and it’s just marvellous. I don’t even think about pain anymore. It’s not something that I’m used to.

Until you live without it, you don’t realise the impact it has had on your life. So, it’s smashing to be as pain free as I am and to be able to just be, it’s lovely.

I still take time, on occasions, to do my stretches. I probably don’t do them as often as I should do. I feel twinging sometimes but that’s about as far as it gets because I then up my management of my back and look after it a bit more.

I’m much better with my posture, I would say that I am always conscious of sitting correctly in the car and on seats and, in general, I don’t slouch like I used to and I am noticing a really positive result from working with you so thank you very much.

I also know that your door is always open and that I can contact you anytime and that’s so lovely. I have thoroughly enjoyed working with you and I think the investment was absolutely worthwhile.

Here’s a recent update from Deirdre:

“Just wanted to let you know, my sciatica decided to come back severely on Friday.

It happened out of the blue on a dog walk.

Came home – pulled up the videos of my stretches and did them all.

No painkillers and no pain since!

You’re a miracle worker and I’m so very grateful.”