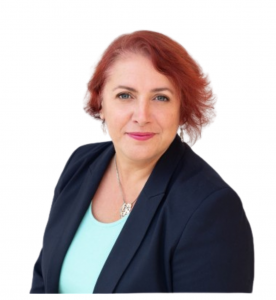 I’ve had three points in my life where I’ve had an issue with my back, and I can remember them all really vividly.

The most recent episode was when my son was 2 in 2011. He woke up in the middle of the night, and I went into his bedroom, picked him out of his cot. Then I went to my bedroom, I simply lent over to put him on my bed but didn’t bend my knees. I didn’t think anything of it until the following morning when I could barely move. Then I had 4 days where I couldn’t drive. I even couldn’t sit to drive. I went to see a chiropractor to see if she can do anything as I was in so much pain. She told me that I had a pelvic shift. My pelvis was out of alignment, and I was in a lot of pain when I walked. Then she worked magic, I have no idea what she did, but at the end of it my pelvis was no longer shifted and I could walk and the pain has subsided a huge amount. That started my chronic back problem.

As a lecturer I really struggled. I spent a lot of time standing and teaching which I found excruciating. Sitting was excruciating and the worst of all was moving from sitting to standing which would cripple me.  The pain was horrific. I had an MRI scan to try and workout how best to support my self-treatment really, because that’s what it was going to be. The MRI result confirmed a bulging disc. But it wasn’t bad enough for surgery.

Now I felt in limbo. So, it was just a case of lots of chiropractic care, self-care, exercise and ‘see how it goes’. And that had been how it had been managed for around eight years. I saw the chiropractor weekly, then fortnightly and then monthly.  Then it seemed to stabilize for a bit, it was never fixed. It was just stable, but precarious.

I would think that I was okay, then I’d do something and I would be back to where I was before, and my pelvis would ‘go’ again, and it would just be that cycular process. It had got to a point about 18 months ago when I would always feel something in my back, but it would never worry me quite as much because you do get a sense of understanding the different type of pain that you’re in, and you know when the pain is something to be really concerned about. And I guess I just got to the point where I was living with general back discomfort and a sense of not wanting to do things ‘just in case’.

One Christmas I bought ice skating for my son and my husband. I wasn’t even going to try that again because if I did, I thought my back would ‘go’.

And that’s how it was until I started working together with Karen in September 2020.

Over the years I would have spent £100’s maybe £1000’s on treatment, medication and don’t forget the time away from work and the impact on productivity and family life.

My back pain stopped me from enjoying my son. In a way that I wanted to, I couldn’t pick him up normally. I’d have to sit down first and tell him that I couldn’t pick him up. I would have loved to have been able to run with him, but I was constantly planning ahead as any impact would show after a couple of days.

Now I walk at least three miles a day, 170miles so far. I don’t have any noticeable effects in my lower back, whereas before I would be able to feel my lower back tensing up and knotting.

My hips are actually free and I had no idea how stiff they had become. I can remember really clearly realizing that something had massively changed, I bent down to pick something off the floor and I didn’t get that really strange sense of tension in my lower back. It was all just free and I could not remember having a back that felt like that.

Me and my son walk every day together. I’ve walked on snow and mud without even thinking about the possible consequences.

It no longer feels as though I have a back problem, I can even play the cello again.