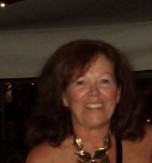 The best decision I ever made

Following a road traffic accident in January 2006, when I was hit head on by another car, I was taken to LRI for suspected neck injury, back injury, fractured collar bone, sternum, lower left ribs, left hip, left hand and right foot.  After X-rays were done, it was decided that I had not broken any bones and was discharged home.  Although at the time I had pins and needles in both hands and feet and back pain, they did not X-ray my back.

Within a couple of days, I had to go to my GP as over the counter pain medication was not sufficient and I was given Co-codamol which enabled me to move relatively pain free and I returned to work after 3 weeks and started a course of physiotherapy and had both NHS and private, to no real benefit as I still had a lot of back pain and pins & needles in both hands and feet.  Although the private physio did find a problem at T7/T8 which he said may account for the back pain, there were also some degenerative changes in C2/3 and C3/4 facet joints.  I also attended LRI for Nerve Conduction Studies and an MRI scan which found nothing conclusive.

One year later, I slipped on ice at work in the car park.  I started taking the Co-codamol again on a regular basis but found that it made my heart race, and so went back to my GP as the back pain would not go away, it was also making me limp and it took several more visits to find a painkiller to suit.

In 2010, I found that the pain had increased in my back and again needed to take painkillers to enable me to work and sleep.

My GP decided this time to arrange an X-ray on my back and the results came back that I had a compression fracture at T7/T8 which left me with some scoliois to the left 13-14 degrees.  At around the same time, I was referred to Pain Management at LRI which led to me having another course of physiotherapy and a Trigger Point injection in my left buttock.  Neither improved my condition and so I continued with the medication.

I was already attending Pilates and Yoga with Karen and she saw the pain I was in and suggested that I attended her Conservatory for some treatment.  The best decision I ever made!  I could limp in and walk out.  Sometimes I felt totally useless that I could not do what I had been doing a couple of years earlier and she seemed to understand.
My mobility and flexibility had deteriorated hugely over the past 4 years and although I knew I was getting older, I didn’t expect to be left so much in pain after the accidents.  Karen not only treated me at the Conservatory, but gave me exercises to do, which I admit, I couldn’t always achieve the result I expected, it did eventually happen.  My days of constant painkillers, was reduced, I was able to walk and stand better as my posture improved.  I still attend Pilates/Yoga on a regular basis and still have the exercises that Karen gave me back in 2010, which I refer to now and again if I have any problems.

I feel that Karen has given me back my old self (because I was feeling very sorry for myself for quite a while), my mobility and flexibility has improved, although the cold weather does affect me more now than it used to – age related or accident related??  I would not like to hazard a guess, but I will be eternally grateful to Karen for getting my back to some semblance of normal.

Thank you from the bottom of my heart Karen.