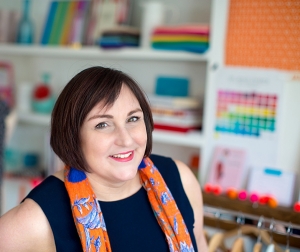 The orthotic wasn’t used after session 1

I have had what are used to say was wonky hips. I would feel that my hips were at different levels. So my right leg felt, well it was, longer than my left leg.

Every now and again was to go and see an osteopath. And they gave me an orthotic that I would wear in my left shoe.

It was great during the winter my shoes were closed, but I could never wear anything like flip flops. But aside from the fashion element I would really struggle with walking if I forgot to put the orthotic in, I would know about it within 5 minutes of walking .

I would start to get a little bit of an ache in my left leg but within about half an hour the aching, in that leg would get worse. I would also get shooting pains down the leg on my hips would hurt and it became really uncomfortable.

This was going on for probably 9 years, it may have been set off by childbirth it may not, I don’t really know . But I just lived with it. I was given physio for 10 sessions, it would correct it for 1 session but the following week it was back to the normal discomfort and eventually I was sent to a specialist guy, privately, who basically told me that there was nothing wrong with me and I was a hypochondriac! So, that me feel awful. I thought that maybe I was a hypochondriac, maybe there’s something wrong with me in my head, not my hips or legs. So I didn’t do anything about it.

Then I had a random meeting with Karen at a networking event. I didn’t know Karen, hadn’t heard about her, and during the session when we were explaining our businesses, Karen said something (to put it bluntly, I can remember what it was) but it sparked me… and my ears pricked up and I said “Oh, that sounds a bit like me” and I spoke to Karen about having an orthotic and whether she could help me and she said “I can get you out of wearing that orthotic” and I thought “REALLY????!!!, ‘cause I’ve had it for 9 years and I don’t know if that’s even possible.”

However, having been ditched by the consultants and I thought “you know what? What have I got to lose?” I had no reason not to believe Karen, the testimonials I heard where amazing, so I thought “I’ve got to give this a shot because actually this is quite painful and do I want to go another 9 years in this way?”

So, I went along to Karen and that was 9 months ago. To be honest, I’ve almost forgotten how bad it was. I’m so well now and pain-free, no orthotic – that was thrown away after month 1, I cannot believe the difference.

I now walk without any aches, without any pains. My hips are inline, occasionally I come back to Karen for a check-up, just to make sure everything’s still okay. I have no pain or anything, it’s absolutely amazing! She’s made me be much more self-aware of how things should be in the body. Certainly, I had got used to “Oh yeah, that’s just my hips. Oh yeah, that’s just my leg” and we forget that it shouldn’t be that way. Our bodies are not made to be like that. I’m so much more aware of any little niggles and things.