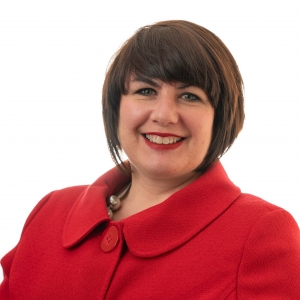 I started to have pain in my right ball of foot and my left knee. I had seen specialists for both of these, but as soon as I spoke with Karen, she said that it is likely that the pain is coming from elsewhere. I also broke my coccyx some few years before and this was something I had resigned myself that I would have for the rest of my life.

The pain varied from aches and pains, to tightness, to a raw nagging pain. I have seen a physio for the knee that did help sort the problem. I had long term treatment in the past for my other knee where I went to the hospital for physiotherapy treatment and exercise classes on the NHS.

I visited a podiatrist for the foot, and I found the podiatrist to be very judgemental about my age and telling me that I had to change the type of shoes that I wear so I didn’t go back!

I was told that there was nothing that could be done for the coccyx by A and E, who I saw about a month after I broke it, because I was struggling with excruciating pain.

Pain is exhausting. I have literally felt older than my years, wondering what I could do differently, thinking that I would have to feel like that for the rest of my life and that things would be only like to get worse as I got older. Pain killers were my friend. I always carried them with me, had them in my desk, in my bed-side drawer. I hate to think what I have spent on those over the years!

I have paid 100’s of pounds for physio treatment.

Taken up lots of time on the NHS with appointments and referrals for x-rays and physio treatments. Worse though it has stopped me being as active as I would like to be.

I would cut short walks with the dog and avoided anywhere I had to stand for too long.

The fact that you said you take a holistic approach, appealed to me. And that you would be able to get to the root of where the problems were stemming from, rather than patching up the areas where the pain was presenting itself. I came to you with an open mind and I had got to the point where I would try anything.

Karen’s Bodylogiq approach is a very relaxing; small gentle movements, that on the surface I was unsure if would have much impact, but that and the exercises I did at home made changes however slight made an impact. I wondered whether it would last for the long term as my body is so used to operating in a particular way, I thought things would slip back into old positions. So far it hasn’t.

Working with you has given me hope that I can deal with the aches and pains of life myself, and if not, I always have you the magician at the end of the phone to fall back on if things do deteriorate.

Lynn also gave me a wonderful testimonial on LinkedIn:

I want to say a BIG thank you to someone who is helping me to change my life, Karen Chappell. I broke my coccyx nearly 6 years ago ice skating and having been told that there is nothing that could be done to fix it I had resigned myself to having pain for the rest of my life. I am gobsmacked to sit here today sat in the very position that would usually cause me discomfort, and not a thing…and this is just the cherry on the cake; I originally went to Karen with knee and foot pain, only to be told that my hips were out of sync, and that was essentially effecting my posture, how I walked, everything. 8 sessions on, near enough all of this pain has disappeared. I literally feel like I have had 10 years shaved off me, and I can feel my zest for life and energy levels increasing as a result. If you have any pain, do NOT think you have to live with it; do NOT think it is just age catching up with you.There is another way to deal with it, the Bodylogiq way, courtesy of Karen Chappell, you will not be disappointed.