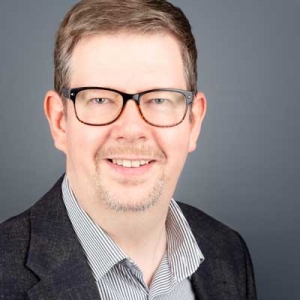 I’ve had a bad back for as long as I can remember – I assumed it’s because I’m tall. Last summer it was particularly bad; the worst it has ever been. I could barely walk. I was walking lopsided for days on end. I knew I needed to do something about it because it wasn’t getting any better and it took a lot longer to recover. So, then I went to see Karen and since then it’s been amazing. It’s been up and down, but it’s been mostly up. It’s certainly never been as bad again as it was last summer.

I really look forward to the sessions anyway because they are relaxing, and I know that I will get exercises that will help me.

I’ve noticed in the last couple of weeks that I’ve been doing things that in the past would’ve caused me pain. And there’s not been pain. It’s been a lot, lot better.

I’ve never been able stand up for long periods of time because it absolutely ruins my back, but I spent last Sunday on my feet for most of the day. The next day I expected to be crawling around on all fours, but I was fine! The exercises really make a big difference. I’ve been doing them religiously and they’re fantastic. I have repeating tasks for them in my calendar, so it reminds me to make sure I do them. They’re easy to do and very helpful.

Last night I was coaching (fencing) and I went to do an attack to the foot, bent forwards and realised that “ouch! I wish I hadn’t done that”. So, I stopped and stretched my back and my back was fine. I didn’t notice it again. Normally I’d be thinking “that’s it, I’m done for the night”. But it was amazing! I just stopped, stretched and carried on.

There were times when I wouldn’t do things, because I knew they would hurt my back. But recently, I’ve been on holiday and I did lots of walking, around 10 miles a day, even scrambling over rocks; something I’ve never done before. And now I bend properly – from my knees – which I never used to. I can’t believe the difference that even that small change makes.