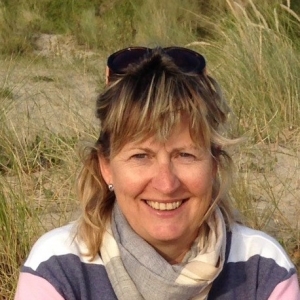 Used to have to get up 6 times a night

The pain, discomfort and stiffness started several years ago. I had a sensation of icicles around my ribs from front to back along with stiffness and a feeling that my ribs and spine were set in concrete. Over time this sensation started to move into the top of my thighs. I was having to get out of bed to relieve this sensation up to 6 or more times a night. On standing for a few minutes this sensation would disappear. The result was years of disrupted sleep and the effects of that. Strangely, when I was upright and during the day this sensation was generally absent.

I had seen my GP who over the years and had been given several sorts of increasingly strong pain relief medications. None of which helped with the pain and sleepless nights but they all had side effects. I have seen different physiotherapist over the years and had X-rays, body scans and referred to a spinal consultant. It was explained that the pain/sensations were as a result of arthritis. The consultant then referred me back to the GP as it’s was not going to be alleviated by surgery.

I decided that I needed to take control of this myself so stopped the prescribed medication (over a period of time) started taking GOPO (rosehip extract) and decided to consult Karen.

This was the best decision I made.

Following 2 blocks of treatment I now only get out of bed once during the night. I still have the icicle sensations but am able to stop them by changing position in bed without having to be upright. I now have far less interrupted sleep. I still feel stiff and find it uncomfortable moving position when lying down but it is much better than before seeing Karen.

I’ve been given exercises to do which I do twice daily.

Because these cookies are strictly necessary to deliver the website, refuseing them will have impact how our site functions. You always can block or delete cookies by changing your browser settings and force blocking all cookies on this website. But this will always prompt you to accept/refuse cookies when revisiting our site.